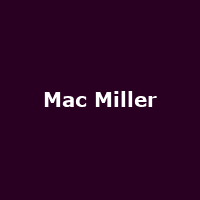 Pittsburgh has its steel heritage, a successful ice hockey franchise and, in Wiz Khalifa and Mac Miller, the city's Rostrum Records has two of the world's most exciting rappers.

Of the two, Malcolm McCormick, aka Mac Miller, is the man of the moment. His debut studio album Blue Slide Park, named after an area in Pittsburgh's Frick Park, was released in late 2011. It soon found its way to the top of the indie, R&B and rap countdowns in the US and also debuted at No 1 on the Billboard 200 chart - the first independently-distributed debut record to do so since 1995.

Miller followed the release of Blue Slide Park with a US tour of the same name and the rapper brings the record to the UK in May, ahead of dates in Belgium, France and the Netherlands. Having turned 20 last week (happy birthday Mac), Miller is very much a child of the new generation with Twitter and Facebook accounts boasting followers/likes in excess of one million (each). As a consequence, these dates are expected to sell out quickly.

Mac Miller kicks off the UK leg of his Blue Slide Park Tour at the HMV Forum in Camden on 24th May, followed by gigs in Manchester and Birmingham, before the final date at the Bristol Academy on Sunday 27th May 2012.

We will have tickets for all dates when they go on sale at 9am on Friday 27th January, priced Â£16.50 for London and Â£15 for all other venues.