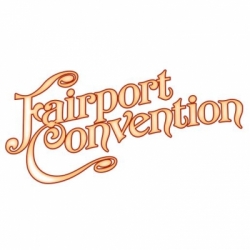 The name Plainsong may not be familiar with many fans of nu-folk acts around at the moment, but drop the name Fairport Convention in certain circles and the penny drops. Formed in the early '70s by Fairports' and Matthews Southern Comfort frontman Ian (later to be Iain) Matthews and multi-skilled Andy Roberts, Plainsong were unofficially touted as a serious contender for being the British Flying Burrito Brothers or Crosby, Stills, Nash and Young (i.e. a roots-music supergroup).

Being British, the collective forged ahead with folk in their veins, rather than out-and-out country (although there were elements of both styles throughout), releasing the iconic debut album 'In Search of Amelia Earhart' in 1972. Critically acclaimed at the time and viewed as Matthews' finest work during the '70s, 'Amelia....' had, like all credible prog, folk or rock albums in those days, a story behind it. For his source of inspiration, Ian Matthews cited a book about the American aviator of the same name, written by Fred Goerner and although the album isn't a biographical account of Ms Earhart's all-too-short life, her mysterious disappearance prior to World War 2 was enough to inspire the folk musician.

With the onset of getting older and the impossible logistics of gathering the band members together, Plainsong have announced a farewell tour of the UK and projected a few festival appearances as perfect excuses to wheel out the album one more time. They'll also be releasing a final live album entitled 'Fat Lady Singing', as well as visiting other parts of Europe during late summer. The UK dates include a slot at this year's Shrewsbury Folk Festival (24th to 27th Aug), plus three headlining shows in September, starting with Birmingham, then Gateshead and finally London. Tickets for all three shows are available for £18.50 and £19.50.

In addition to Plainsong activity, other artists associated with Fairport Convention and Matthews himself are also busy with upcoming shows, including Clive Gregson (in Leicester on 25th May) and Fairport Convention themselves (touring throughout the year, plus appearing at Fifestock 2012 and, no doubt, Cropredy).