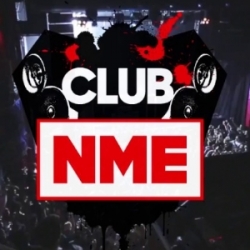 You can bet that when a new young rock band creates a hoo-hah with their first live show, the future's good, pardon the pun. In fact, Futures are one of the few alt-rock bands around at present who can craft a decent melody then sing along to it without screaming, or by roping in clichéd riffs from other like-minded bands from the past - that must be down to their choice of moniker.

Formed just a few years ago from the ashes of Tonight is Goodbye (a hint that even the present wasn't good enough), that first show at The Fly in London proved to be the litmus test for their immediate fortunes, notching up tours with You Me at Six and being included on the Next Big Thing tour in 2010. The Bucks boys then proceeded to sell out many shows on their first full-length tour later that year and in 2011. All this from just one album, 'The Holiday', released two years ago.

At the tail-end of last year, singer and songwriter Ant West and his charges descended on the forgotten UK towns by performing their Far Reaches intimate tour as far apart as Crewe and Cornwall. They recorded a few extra 'unplugged' tracks to film, one of which is available to view right within this article - West is seen singing two songs below Brunel's Saltash Bridge, in the freezing cold and bobbing around on a boat (as you do). One of the tracks is recent single, 'Start a Fire', available now, as is the EP 'Islands in the Sea', which you can download for free from their Facebook page (www.facebook.com/futuresband ).

2012 promises more action from Futures, this time as a full band in more familiar surroundings, starting with a Club NME showcase at KOKO on 17th February. But, after that, it's time for a UK tour which starts in April. Dates include Birmingham (19th), Manchester (22nd), Southsea (25th) and London's XOYO on 26th. More shows are to be announced very soon. Meanwhile, we'll have tickets on sale from Friday at 9am, priced £8-£9.