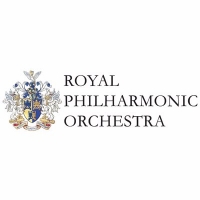 Recent maritime tragedies remind us that the loss of life at sea is nothing new. Down the years, tens of thousands have perished at the hands of Poseidon. Some disasters capture the imagination more than others and few more than the sinking of RMS Titanic on 14th April 1912, which resulted in the loss of more than 1,500 souls.

The Titanic, on its maiden voyage between England and America, was a product of its time. A huge, city-sized liner that showcased Britain's proud engineering heritage in the wake of an industrial revolution which had changed the world. The trip to New York added extra romance; a voyage connecting the old world with the new, using the might of man's ingenuity to bridge the ocean.

The sinking of the Titanic shocked the world. A reminder of man's fallibility and the merciless might of nature. One hundred years on and the modern world is still moved by the story of the Titanic. The centenary year sees a major television drama from Julian 'Downton Abbey' Fellowes, memorial events in Liverpool and Belfast and a 'brand new classical work' from Bee Gee Robin Gibb and his son RJ, the Titanic Requiem.

The work will be performed by the Royal Philharmonic Orchestra and choir and the event will include a hologram show of the ill-fated liner, guest appearances from tenor Mario Frangolis and 14-year-old Decca prodigy Isabel Suckling. Gibb describes the work as being "in the baroque style, the classical style, the Romantic-era style" and "not a rock opera". Given Gibb's extraordinary record as a songwriter, it is likely the work, however described, will be a fitting musical memorial to those lost.

The Titanic Requiem will have its world premiere in London at The Great Hall, Westminster, on Tuesday 10th April 2012.