Win one of three copies of CD: 'Songs of Anarchy' - the soundtrack to hit TV show Sons of Anarchy 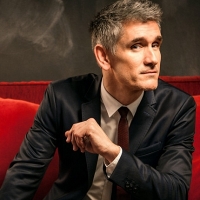 If you're a regular viewer of the smaller and more 'niche' Freeview channels on offer and you've already successfully avoided the 18th series of 'Night Police Drugs Cops On Patrol On Britain's Worst Housing Estates' (narrated by Ross Kemp and Susan Boyle - possibly - it could happen), then you may have stumbled across what has recently become US cable-network FX's biggest audience-puller ever - "Sons of Anarchy".

Attracting an average of nearly 5 million viewers a week, the drama-series has attracted attention for its key plot-line that centres on an outlaw motorcycle family and gang called the Teller-Morrows. Sounding like 'The Sopranos with handlebars', "Sons of Anarchy" deals with the interplay between rival gangs and the authorities, some of whom are willing to see the family burn in Hell, while others are happy to ride with the clan.

The series stars Ron Perlman, Charlie Hunnam and Katey Sagal and is shown on 5USA over here in the UK and sports an Emmy-nominated theme tune written by Curtis Stigers, plus various cover-versions performed by Sagal herself as well as lead-singer of The Kills, Alison Mosshart, Paul Brady and songwriter Audra Mae. The music is probably a little more compromising than the show, which is now in its 4th series - Stigers had a UK hit with the breezy ballad "I Wonder Why", in the '90s.

We have three copies of the soundtrack CD to the first four seasons to give away in a dead-easy competition. All you have to do to enter is click on the Enter Competition button below to be in with a chance!

The deadline for entries to the "Sons of Anarchy" competition is close of play on Monday 30th January. The competition is a prize draw, with the winners chosen at random.

Entrants from the UK and Ireland only!