Posted: 18th January 2012
The Felice Brothers' Simone Felice to embark on 2012 UK tour with Simi Stone from Duke and the King 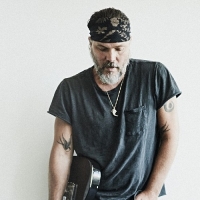 If you're one of those people who often finds themselves wondering what makes someone tick, wonder no more. For Simone Felice actually does tick. Out loud. It's his heart, you see.

In 2010, the roots songwriter and poet underwent surgery for aortic stenosis (look it up when Wikipedia wakes from its self-administered anaesthetic), a condition he'd had since childhood. Gigs were cancelled, body parts were shaved and a pacemaker fitted. Tick-tock.

For Felice, it was a fresh start and he began working towards to his first solo record after a career, to date, spent with the Felice Brothers (as drummer) and then in The Duke and the King with Robert Bird Burke and Simi Stone.

Felice's self-titled solo debut is released on 3rd April and fans will have around 24 hours to familiarise themselves with the record before he takes the material on the road.

He returns to the UK in Swansea on 24th, followed by dates in London (Bush Hall), Bristol and others, before the final gig at Junction 2 in Cambridge on 3rd May 2012. Support comes from his old friend Simi Stone.

We have tickets available now, prices starting at £12 for UK dates and around 16 for the Ireland gigs.