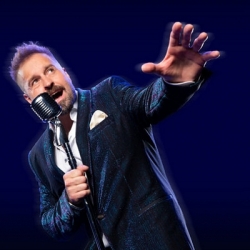 Just recently we told you about Ed Sheeran and Madness' new outdoor shows during the summer. Within seconds, Sheeran had sold out his standard face-value tickets, leaving only Premium resales in his wake. You can still get Madness' tickets, as well as Will Young, Plan B, The Darkness and The Wombats, all appearing at a clearing near you soon.

Another name to add to this year's exciting roster is a departure from the rock and pop staples of late - Alfie Boe is best-known for becoming one of Britain's most-revered tenors, made all the more impressive by the fact he was an automotive refurbishment officer (that's a car mechanic and valet). The Lancastrian has issued four albums, including his breakthrough collection "Bring Him Home" (which he also toured to great success) and his recent self-titled "Alfie" opus which returned him rightfully to the Top 10 albums listings. Any singer who can turn his tonsils over with confident renditions of Tim Buckley's "Song to the Siren" and Ewan MacColl's "The First Time Ever I Saw Your Face" deserves a chance and a pint, to be honest. Actually, he's probably grateful for getting a minute's sleep right now after recently becoming a dad for the second time.

His fatherly duties are set to be put on hold for a while during the summer with the announcement of two Forestry shows, starting with Thetford Forest on 13th July and concluding at Westonbirt Arboretum on 21st July. He will be accompanied by a full orchestra and we'll have tickets for both shows from 9am on Friday, priced at £35.50.

In addition to his jaunt in the trees, Boe will be playing a sold-out UK tour around the country, summer shows in Swansea, Aberystwyth, Aberdeen and Dundee (£35, still available) and the Lytham Proms Festival in August (£32.50, also available).