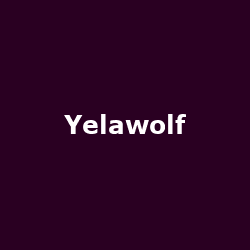 For many years, 'white rap' meant that bit from Blondie's 'Rapture'. Then came Vanilla Ice who believed strongly in his own credibility and, with his Under Pressure sample, briefly conquered the world (well, the charts).

After the (Vanilla) Ice Age, there was an eventual thaw when, in 1999, a skinny white boy from Detroit with the unlikely name of Marshall Bruce Mathers III stepped up to the mic. The undeniable and all-conquering cool of Eminem (for it was he) proved to be a game-changer for commercial rap. The incredible success of 'The Slim Shady LP' and the five subsequent albums, finally gave white hip hop artists a platform and made rap audiences sit up and take notice.

Between public spats with his ex, Michael Jackson and claims of 'relations' with Mariah Carey, Mathers launched Shady Records. One of the artists to be found at Shady, bathing in Eminem's afterglow as well as his own considerable talent, is the rapper Yelawolf. After a few years trying to get his studio debut out, and failing, Yelawolf joined Shady in 2011, releasing his debut full-length record, 'Radioactive', in November.

It was worth the wait and 'Radioactive' hit the Billboard chart at No 27, reaching the top 10 of both the R&B and Rap countdowns. After his first UK gigs last summer, Yelawolf supported Wiz Khalifa here in November and now returns with a headline tour in May.

Yelawolf kicks off his UK tour at the Manchester Academy on 1st May, followed by gigs in London (Electric Ballroom) and Bristol, before the final date at the O2 Academy in Birmingham.