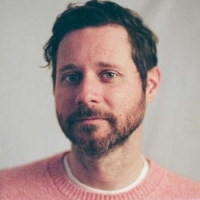 All very well if you like that kind of thing but one can't help thinking that 33 million copies of 'Jagged Little Pill' later, Canada was no more viewed a cultural icon than, say, Bracknell (that's in Berkshire).

Then came Nelly Furtado and, regrettably, Nickelback. But the times were a-changing and soon the thoughtful strains of Arcade Fire were starting to take hold and, as indie and folk joined forces to take over the world, Canada followed the great traditions of Mitchell, Neil Young and Kate McGarrigle with a new wave of folk exports.

At the forefront are singer-songwriters like Dan Mangan, in whose music the rootsy hues of his native British Columbia echo. After three albums and a handful of high profile appearances at festivals including Glastonbury and, bizarrely, for the Duke and Duchess of Cambridge (Wills and Kate, to you) on their official visit to Canada, he is making his mark this side of the Arctic Circle.

Dan Mangan's UK tour kicks off at The Hope in Brighton on 27th April, followed by dates in Manchester, Glasgow, Newcastle, Bristol and London's Bush Hall (3rd May), before the final two gigs in Oxford and Leeds.

We have tickets available now, priced £10 for Bush Hall and just £7 for all other dates.

The single 'Row of Houses' will be released on 19th March and is taken from Mangan's critically-acclaimed third album, 2011's 'Oh Fortune'.