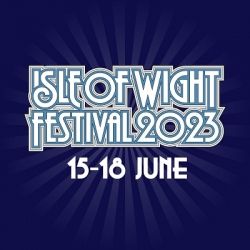 Tom Petty and the Heartbreakers' UK appearances are like the proverbial buses, with not one but two finally coming along this summer.

Two days before the band make their first ever UK festival appearance at the Isle of Wight Festival 2012 on Friday 22nd June (tickets available now), the American rock legends will be making their first headline UK appearance in more than a decade when they play a one-off show at the Royal Albert Hall on Wednesday 20th June.

It is now more than 35 years since Petty and his band began making their trademark heartland rock and, despite a few spin-off projects and solo efforts (including supergroup The Travelling Wilburys), the six-piece are returning to the UK with a familiar, near classic, line-up. Four of the six were part of the 1976 line-up, although bassist Ron Blair did take a two-decade break from the Heartbreakers, returning in 2002.

Blair's return came the last time Tom Petty and his band played at the Royal Albert Hall, for the 2002 memorial concert for George Harrison (one of the Wilburys, of course), and the familiar line-up will guarantee the authenticity of legendary hits including 'American Girl', 'Learning to Fly' and 'Free Fallin''. In addition to a dozen hit Heartbreakers albums, the last of which, 'Mojo', reached No 2 in the US in 2010, Tom Petty has released three solo records, all of which made the US top ten.

After 60 million albums and a career that has carved itself into the narrative of US popular culture, Tom Petty and the Heartbreakers remain the real deal - bona fide American rock legends.

We will have tickets available for the Royal Albert Hall gig when they go on sale at 10am on Friday 20th January.

Demand is expected to be very high. Ahead of the UK dates, Petty is playing The O2 in Dublin on 7th June followed by Live at the Marquee (in Cork) on the 8th - we have tickets for both available now.