The capital's expansive green spaces have long been oases of calm amid the pigeons, golf sales and choking fumes of London life. And none more so than Regents Park, tucked as it is between the city's central shopping districts, a handful of major railway hubs and the artful tyranny of Camden.

One of Regent's Park's most precious, and striking, features is the permanent open air auditorium, with its annual season of theatre productions lovingly overseen by directors William Village and Timothy Sheader. The Open Air Theatre seats more than 1,200 and balmy summer evenings see audiences sipping colourful drinks and taking in one of four productions, the first two of which have been announced.

In typically eclectic style, these include a classic American musical and one of Shakespeare's most beguiling and enduring works. 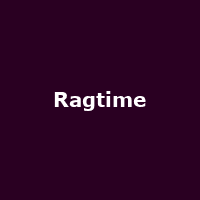 Tragic, poignant and ultimately triumphant, Ragtime is a modern classic. Set at the turn of the 20th century, this powerful musical unites three families separated by race and destiny and the timeless contradictions of wealth and poverty, freedom and prejudice, and hope and despair. Previews from 18th to 26th May, running until 8th September.

Passion penetrates A Midsummer Night's Dream, Shakespeare's enduring story of young love. As worlds real and unreal merge, romance struggles to survive and unlikely unions are forged. Featuring the Open Air Theatre's celebrated fusion of original music, movement and unique setting, this magical, comedic and seductive tale is set to be one of the theatrical highlights of the year. Previews from 2nd to 9th June, running until 5th September.