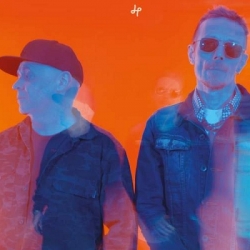 Charity work and tireless fundraising for areas affected by the rioting and looting continues apace across the capital, with the Brixton area set to benefit from the proceeds from two top-notch fundraising shows at the end of the month.

Jamm, situated in the heart of the district, and local band Alabama 3, have recently announced a pair of budget-priced all-star parties that are sure to get considerable interest as well as much needed cash for a local youth landmark, the Triangle Adventure Playground (www.triangle-apg.org.uk). The playground 'is the oldest of its kind in London and a fully functioning playground costs Â£111,784 per annum to run'. That's a lot of money in any language - thankfully, there are those close to the project and South London who care. These two events cost just Â£10 plus a small fee - so, cue the line-ups.

On the following night, you have the enviable line-up of humourist and ex-dealer Howard Marks, UK's 'Killer' raver Adamski, The Correspondents and DJ sets from Stereo MCs and headliners Basement Jaxx. Alabama 3 will once again slot into the bill at some point and once again, tickets are a gentle Â£10 plus fee.

With recent events putting greater financial pressure on local services and, ultimately, the livelihoods of the decent residents, never has there been a better time to dig deep whilst attending a worthwhile event!