Queen of Sopranos Lesley Garrett invites you to spend the evening with her - 2012 UK tour starts Friday! 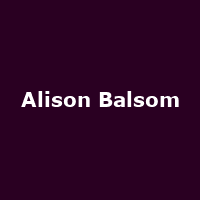 Whatever's in Yorkshire's water, we could do with some around the rest of the country. Just look at Lesley Garrett's unerring enthusiasm - bubbly isn't the word for it, maybe effervescent is. Busy, definitely applies. Yet Lesley Garrett's career didn't start off in a glamorous way - according to her Wikipedia entry, she began by washing dishes at an RAF base to earn a crust before finally notching up her first notable honour - the Kathleen Ferrier Award in 1979, at the age of 24.

A meteoric rise to stardom soon followed with Garrett becoming principal soprano at the English National Opera, touring the world (as you do) performing some of the most famous operas ('Die Fledermaus', 'The Marraige of Figaro' etc) and collaborating with several pop legends of their time. She can only serve as an inspiration to the new generation of operatically-gifted singers (that's you, Ms Jenkins) and even has time to appear regularly on TV as a presenter, performer or both. Her albums, from 1992's 'Prima Donna', through 'I Will Wait For You' and up to 2008's 'Amazing Grace', have all sold enough to keep her from ever running out of Fairy Liquid again.

To that end, it's been over 30 years since the diminutive soprano began performing in earnest, but her new tour (and approaching new album featuring the Black Dyke Mills Band) is a sign that Lesley Garrett hasn't forgotten about the smaller towns. Billed as 'An Evening With Lesley Garrett', the UK tour begins on Friday (lucky 13th) in Andover, followed by Torrington, Soham, New Brighton and many more throughout the spring until Lowestoft on 26th May. Tickets are available at various prices.

Garrett will also be appearing with Emma Johnson at a celebrity recital in Llandudno on 7th April (postponed from last year) as well as numerous Queen's Diamond Jubilee celebrations during the summer, including the Royal Albert Hall on 31st May, Bristol on 6th June and Nottingham on 5th July, all featuring Nicola Benedetti, Natalie Clein, Alison Balsom and conductor Sian Edwards.