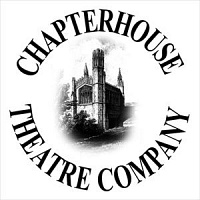 Founded in 1999, the professional touring outfit and brand, Chapterhouse Theatre Company, has fast gained an unrivalled reputation for not only picking tried-and-tested legendary stories and shows to perform, but for the venues at which the family-orientated tales are unraveled. To date they've performed numerous literary classics at well over 100 country (and town) locations around the UK, all very much in keeping with the traditional works they present.

Early commissions include several of William Shakespeare's canon including "Romeo and Juliet", "A Midsummer Night's Dream" and "Hamlet", but lately the company have ventured into the mystical and exciting world of fairy stories such as "Alice in Wonderland" and "Hansel and Gretel". The acclaimed English actor Nigel Havers has vouched for their integrity in the past, but it's the audiences and critics that drive a theatre company's successes and while audiences have grown in size and lessened in age, the productions have broadened in choice.

The 2012 touring season reflects this enlarged repertoire with the inaugural presentation of Jane Austen's familiar work, "Emma", as well as "Sense and Sensibility", previously performed in 2009 and last year, as well as "Sleeping Beauty" (revived from 2008).

Naturally, the locations are also incredible, the first two of which are Hopetoun House in Edinburgh (16th February - previously cancelled due to adverse weather), Petwood Hotel in Lincolnshire (2nd March) and Lincoln's The Lawn (16th March) for a spot of "Sense and Sensibility". "Emma" will then be performed in Barnstaple, Wells, Stranraer and (eventually in late summer) Plympton, with a trio of "Sleeping Beauty" shows in Chippenham, Arniston and Powys during July and August.

Admission for all productions always sells well (or out) and we have tickets available now priced keenly from around just £10! Who needs the West End!?!