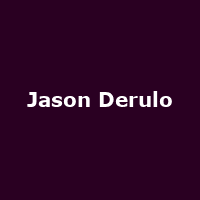 Jason DerÃ¼lo has been forced to cancel the UK and Ireland leg of his world tour after injuring his neck whilst training for the 'Future History' World tour.

The RnB star was performing an acrobatic move and ended-up fracturing one of his vertebra after landing on his head - an accident which could have left him paralyzed he was told by the doctors. He will now have to wear a neck brace for the next few months, which has put paid to his world tour.

DerÃ¼lo was due to start the UK/ Ireland leg of his tour in Glasgow on 23rd February, with further dates in Birmingham, Manchester, Cardiff, London and many more. The last two dates were to have been in northern and southern Ireland on 5th and 6th March. Ticket-holders should obtain a refund from their point of purchase.

Speaking about the cancellation, Jason had this to say:

To all my fans who planned to come to the Future History World tour, the pain of letting you down cuts me way deeper than this injury I've sustained. My fans mean everything to me, so I'm praying for a speedy recovery in order to perform for you in the near future.