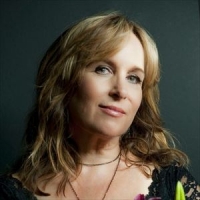 Nashville-based, Grammy-nominated singer-songwriter and country and folk legend Gretchen Peters has carved out a stellar career penning hits for stars including Neil Diamond, Bryan Adams and Faith Hill as well as shining brightly as a solo artist.

Since 1996, Peters has released eight albums. Her ninth, 'Hello Cruel World' is released later this month and, in the musician's own words, represents her "most close-to-the-bone work, written at a time when I felt absolutely fearless about telling the truth."

Gretchen Peters' work has always been intimate and introspective and the Hello Cruel World Tour promises audiences an even greater insight into the mind and heart of an artist who has always worn both proudly on her sleeve and never shied away from challenging themes.

Indeed her breakthrough came in in 1995 with Martina McBride's recording of Peters' 'Independence Day,' the tale of an abused woman's revenge. The song picked up a Best Country Song Grammy nomination and won the Country Music Association's Song of the Year title. Peters was in demand as a songwriter and, finally, as an artist too.

Gretchen Peters' extraordinarily busy March begins at The Sage in Gateshead on 1st, followed by gigs in Glasgow, Buxton, York and elsewhere, before heading over to Ireland for a date in Galway on 9th March.

After three more Ireland shows, Peters returns to the UK on 14th March at Limavady in Northern Ireland, then onto Belfast, Aberdare, Leamington Spa, Norwich and London (Bush Hall), before the final gig of the tour at The Phoenix in Exeter on 21st March.

Tickets are available for all dates now, priced from around £15 for UK shows and 18 for Ireland gigs.