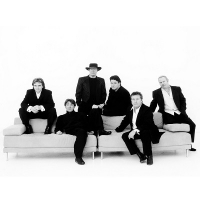 Just hearing the words 'Abbey Road' conjures images of the legendary producer Sir George Martin at a mixing desk, weaving the groundbreaking mood and melodies of The Beatles into productions of some of the finest pop songs ever recorded.

Irrespective of the Fab Four, the Georgian townhouse has played host to some of music's finest highs, witnessing recordings from Pink Floyd, Kate Bush, The Hollies, Michael Jackson and a pantheon of great music artists. First used as a recording studio in 1931, around a hundred years after it was constructed, the building was saved from sale and potential alteration by the government in 2010 after EMI feared it would need to sell to cover debts.

Fans and musicians worldwide argued that the studios were beyond priceless; the four main recording rooms soaked through with a unique history of pop, rock, soul, dance, funk, indie, jazz and classical music. Abbey Road has also seen recordings of some iconic film scores including 'Star Wars', 'Harry Potter' and 'Lord of the Rings'.

The music mecca is throwing open its doors to the public [for the first time - Ed] for a one-off event on 10th March 2012, marking the studios' 80th anniversary with a presentation from authors Brian Kehew and Kevin Ryan, writers of the critically-acclaimed, definitive book 'Recording the Beatles'.

Visitors will also be given access to and exhibition of rare and unseen photographs, films, and recordings from the archives of EMI and Abbey Road Studios, alongside priceless recording artefacts including the very instruments, microphones, and studio equipment used to create classic recordings.

We will have tickets available when they go on sale at 9AM on Wednesday 4th January, priced Â£75.

Owing to massive demand, extra dates have been added on an almost weekly basis, so that we are currently at six dates - each with two slots per day (10AM and 3PM). Currently, the exhibition starts on Friday 9th March, with the last date being Sunday 25th March.