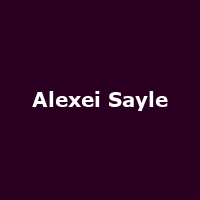 His credits include work as a columnist, short story collections, five novels and a host of film roles, including parts in 'Gorky Park' (1983), 'Indiana Jones and the Last Crusade' (1989) and 'Carry On Columbus' (1992). He's also enjoyed UK chart success with his 1984 single 'Ullo John! Gotta New Motor?' which reached the Top 20 and heralded a lifetime of strangers greeting him with the phrase. Most importantly though, aside from these mere distractions, he was alternative comedy personified. And still is. In the '80s he helped usher in a new style of comedy acceptable to the 'yoof', the quotable, slightly rebellious comedy that still exists today, albeit with a less anarchic bent.

But until last year, Liverpool's epitome of left-wing anti-establishment and big-eyed barrel of laughs turned broadcaster, presenter and still-funny writer, hadn't set foot on a stage for well over a decade. But in January 2012, he trod the boards in a compere's role at the Soho Theatre for a quartet of comedy showcases. We reckon he picked up a bug - he's coming back for more, only this time he's the star of the show.

For the first time in sweet sixteen years, Alexei Sayle will be compering his own full-length stand-up show and not just for one or two nights either - in fact, as if to make up for those lost years, he's candidly chosen sixteen nights to perform on. The January Sayle (sorry) will begin on the 21st and continue right through until 9th February 2013.

Prior to next year's return, Sayle is also performing a few regional shows around the country during October and November, including Wolverhampton, Birmingham, Nottingham and Cardiff. These are also on sale now. Prices start at around £14.