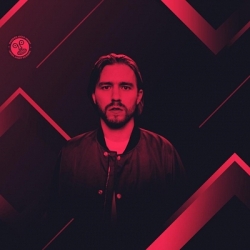 Something serious is soon to be going down in Brixton next year and it's going to rattle your ribcage and screw with your synaptic nerves. Yes it's the continuation of the previously successful UKF Bass Culture Live concert series and it's coming to South London. After successfully packing out Alexandra Palace in November, the brand has been seeking out more venues to bring you the next episode from deepest bass - Brixton Academy on 2nd March IS the place to be.

Live appearances are the order of the day - this isn't about DJs wielding playlists, this night will be all about setlists from some of the leading names in the UK bass-scene. First name out of the hat is Sub Focus, alias Nick Douwma. Fusing hard-edged beats with anthemic melodies not unlike Chase and Status, Sub Focus not-surprisingly hooked up with the chart-bothering duo this year for the club-hit, "Flashing Lights".

Alongside Sub Focus will be Andy C, fresh off the back of his recent November debut at Brixton's Fridge. One of the founder's of Ram Records and one of the key pioneers of nu-drum 'n' bass, Andy C will bring his successful "Alive" show to the Academy - almost an event in itself.

UKF isn't just about d 'n' b though - electro comes from Feed Me and Cutline, old-skool hip-hop is represented by Foreign Beggars and you also get a healthy serving of grime from P Money. There is also more Ram action from Loadstar, making this an essential line-up.

Standard tickets are on sale now and are guaranteed to sell-out by the time March comes around - prices start at £30.

To say tickets have absolutely flown out for this is an under-statement. Just three days after going on sale and tickets are now close to being sold out. We still have a few available, costing £30. Grab yours before they go!