Emeli Sandé and The Maccabees are joined by Lana Del Ray, Delilah & more for MTV Brand New for 2012 shows 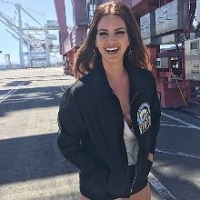 What with the recently compiled and announced BBC Sound of 2012, Q Now: Sessions 2012, HMV's Next Big Thing 2012, NME Awards Tour 2012 (with accompanying tour dates) and impending Brit Awards 2012 bonanza, not forgetting the coveted Allgigs Top 10 Albums of the Year Award (we really need to get a trophy sorted), life seems like one big awards ceremony, with lavish praise and back-slapping all round.

Not wishing to be left out, the masters of giving the gift of mass exposure and hype kudos, that's MTV, have also just announced their 'upcoming' list for 2012 - and, unlike the other 'who's-gonna-be-big-next-year' lists, this one does actually have a string of bubbling acts, just waiting to turn the heat up. There's also a pair of showcase evenings to drool over...

Included in the nominations is the much-touted Michael Kiwanuka, who has already wowed viewers on Later with Jools Holland, as well causing rippled of fervour with organizers of Q Now 2012 and BBC Sound of 2012. He's touring in February with shows from Belfast (10th) to Edinburgh (25th) - prices range from £7.50 to £9. His London shows in January and February are sold out.

Other nominations include Lana Del Rey and Charli XCX, both of whom have been selected to appear with The Maccabees at the first of the MTV Brand New showcases at Camden's KOKO on 24th January. Tickets for that cost £15 and are on sale now. Note: The Maccabees' Newcastle date which was due to take place on 24th is now taking place on 29th January.

Emeli Sandé heads up the other showcase on 25th January at the same venue - she will be joined by Chase and Status collaborator, Delilah and one other nominee to be announced. Tickets for this show also cost £15 and are available now. Both of these events are expected to sell through pretty quickly.

Of the remaining MTV Brand New nominations, you can catch Clement Marfo and the Frontline at Isle of Wight Festival 2012, Angel at Islington's Garage on 8th Jan - £10, Lianne La Havas at a four-night residency at London's Social (17th Jan to 7th Feb - £9), a gig at the Borderline (HMV NBT 2012 again) and a UK tour during March. The eccentric King Charles has one show booked for the Garage on 7th Feb, while Brighton's answer to Bieber (it says here), Conor Maynard has yet to finalise gigs.

More announcements will be made in due course so bookmark this page!