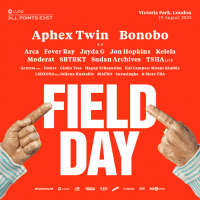 In late 2010, in the great traditions of English indie music, came The Vaccines. Held aloft by the NME and a fawning music press, the four-piece from West London were hailed as garage indie rock's new Great White Hope.

In August of that year, Zane Lowe spotted the demo for 'If You Wanna' on YouTube and made the track his Hottest Record in the World Right Now or something and the die was cast. With frontman Justin Young sounding like an Inspiral Carpets-era Tom Hingley and the band like Embrace demos, The Vaccines pressed all the right buttons.

Despite the utter dreadfulness of the spluttering dirge 'Post Break-Up Sex', momentum was maintained with skilful indie quips like 'Wreckin' Bar (Ra Ra Ra)' and 'All in White'. The impressive debut album, 'What Did You Expect from the Vaccines?', was realised in March of this year, peaking at No 4 on the UK album chart. Given that we'd already heard most of the singles, the album was pretty much what everyone expected. Maybe that's the joke.

The band are working on a follow-up record which Justin Young says The Vaccines are keen to ensure is not a simple continuation of their debut but something refreshing. It is tentatively* called 'Something Refreshing from the Vaccines' (*not really).

The Vaccines' seaside tour kicks off at Dundee Caird Hall on 2nd May, followed by shows in Bridlington Spa and at Blackpool's famous Empress Ballroom, before the final gig of the short run at the Brighton Centre on 7th May 2012.

We will have tickets available for all gigs when they go on sale at 9AM on Friday 16th December, priced £18.50.

It has also been announced that The Vaccines will appear at Field Day 2012 on Hackney on 2nd June and at the Isle of Wight Festival on 24th June 2012. We have tickets available now for both events.