Posted: 12th December 2011
The tour has been postponed to September and October 2012 due to illness. 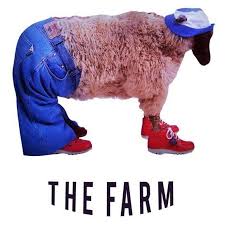 It's been 20 years since The Farm became a seven-years-in-the-making overnight success with their debut album, 'Spartacus'. Fronted by Peter Hooton, The Farm's baggy sensibilities fitted well with the Madchester scene of the day and the record topped the UK album charts, spawning a handful of memorable singles.

But it had been a long time coming and it was largely thanks to Suggs that The Farm broke through at all. Having worked with the Madness frontman briefly in the mid-eighties, the boys hooked up with him again at the end of the decade to appear in his film project, 'The Final Frame'. Signed shortly afterwards, the band hired Suggs (credited under his real name of Graham McPherson) to produce their first album.

Soon after, their cover of the Monkees' 1966 hit 'Steppin' Stone' got The Farm noticed and 'Spartacus' followed. Stand-out hits 'Groovy Train' and the indie pub sing-along 'All Together Now' continue to enjoy radio play today and, with 'Spartacus', are likely to be held in high affection by anyone who can recall Italia '90 with any clarity.

'All Together Now' has continued its football association by being selected as the official anthem of the England football team at the Euro 2004 championships. The track's showing on re-release was as unmemorable as the team's performance but, still, we will always have Italia '90, Gazza crying and 'Spartacus'.

The Farm will be performing 'Spartacus' in its entirety, kicking off at The Ritz in Manchester on 4th May, followed by shows in Holmfirth, Nuneaton, Blackburn and Wolverhampton, before the final gig announced so far at the Islington Academy on 19th May 2012.

Rescheduled to September/ October due to illness

The Farm's 'Spartacus Live' tour will now take place in September and October due to illness. Many of the dates have now been rescheduled, but any remaining May dates (below) will be updated as soon as we have the latest schedule.

Manchester has now been cancelled (originally rescheduled for 6th October).