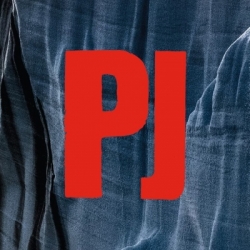 Obscure athletic references aside, the reality of the early nineties rock scene was that grunge was king and Nirvana were the heirs apparent. Pearl Jam, for all their success, not least the slow-burning success of their debut album, 1991's 'Ten', never enjoyed the cool that Krist, Dave and Kurt oozed so effortlessly.

But 'Ten' was a marker and, unlike Nirvana (at the time, at least), Pearl Jam were able to conquer the mainstream rock market. Spawning a clutch of memorable singles, including the multi MTV-award winning 'Jeremy', 'Ten' went on to sell ten million copies. Their next three records all topped the Billboard chart and all nine have, to date, made the US top five, including the most recent, 2009's No 1 hit 'Backspacer'.

To mark their 20th anniversary, Pearl Jam are re-releasing all their studio albums and a special DVD and, two decades after 'Ten' announced to the world that there was more to grunge, indeed to rock, than howling and thrashing (however wonderfully), Pearl Jam have stayed the course. Tony Jarrett would be proud.

Pearl Jam will begin their 2012 European Tour at the MEN Arena in Manchester, their only headline show announced so far, on 20th June. Support comes from LA punk rockers 'X'.

We will have tickets for the Manchester gig when they go on sale at 9AM on Friday 16th December, priced from £39 for some seated areas to £46.50 for the best seats and floor tickets.

Pearl Jam have also been confirmed as the third headliner for the 2012 Isle of Wight Festival, alongside Bruce Springsteen and Tom Petty & the Heartbreakers. The festival runs from 22nd to 24th June, with Eddie Vedder and co topping the bill on Saturday 23rd. Tickets, available now, are £190 for adult weekend camping (less for no camping and for kids).