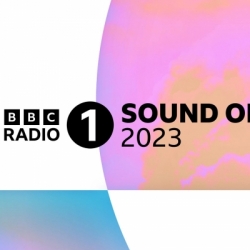 With the current trend of artists dedicated to the American roots-music cause, you could be forgiven for asking; "Is there room for any more similar acts?". The answer is a resounding "yes", if Dry the River are anything to go by. The London-based alt-folk trio draw a certain amount of pleasure from exploring the traditions of folk music from both sides of the Atlantic. By turns they sound a little bit Josh T.Pearson, Hhymn, Broken Records or Bon Iver, driven by lead-singer Pete Liddle's fragile, yet soulful, larynx - they certainly fit in well. The music sounds lo-fi and hi-fi in equal measures.

The powers that be involved with the BBC Sound of 2012, think the same - the band have been included in the nominations for next year's award. And with award-nominations, comes increased promotional activity and new releases to back up the plaudits. After last month's release of the EP, "Weights and Measures", from which we've included the title-track for you to listen to, interest in the band has been steadily rising. It included a cover version of Josh T.Pearson's "Thou Art Loosed" - you see, I told you they'd fit in.

2012 sees the release of their debut album, "Shallow Bed", due for release in March and containing the aforementioned EP track. Just one month later and Dry the River will be on tour across the UK, starting with Nottingham on 17th April and followed by Cardiff, Manchester, Aberdeen, Belfast, Dublin, London and many more until the tour winds up in Norwich on 12th May. More shows may be announced in due course - meanwhile we have tickets for these shows, priced at around £8.

To further enhance their reputation as hotly-tipped property, Dry the River are also busy with dates during this winter, firstly in London at the Q Now: The Sessions 2012 on 23rd January and Manchester's Ritz for the HMV Next Big Thing 2012 slot in support of All The Young with Ren Harvieu (another BBC Sound of 2012 shortlistee!) on 8th February. Both shows are just a tenner each!