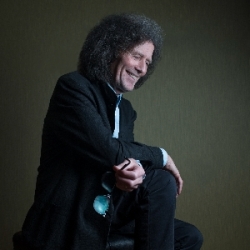 In 1972, Record Mirror - a then auspicious pop music weekly newspaper - voted Gilbert O'Sullivan their UK No 1 male singer of the year. Not for them Lennon, McCartney, Daltrey, John or Stewart, no, they were all about chart success and broad popular appeal and, in the early seventies, few, if any, could match Gilbert O'Sullivan. In fact, he was the world's top selling solo artist of 1972, beating Elton John and Rod Stewart.

That year alone, O'Sullivan registered two US No 1 singles, 'Alone Again (Naturally)' and 'Clair', also a chart-topper in the UK. During his career, he achieved a dozen UK Top 20 and two No 1 singles, his last being 'Get Down' in 1973. 'Alone Again (Naturally)' sold six million copies in the US alone, topping the charts for six weeks and earning O'Sullivan a Grammy nomination.

That was a lifetime ago but O'Sullivan continues to write and record, releasing his 13th studio album, 'Gilbertville', in January of this year. He's on record as saying he has no interest in just touring, 'and living in the past.' His new tour, 'A Singer and his Songs' will see O'Sullivan joined on stage by his 11-piece band and a string quartet, combining new material with the classics in a 'two-hour plus performance'.

Gilbert O'Sullivan's spring tour begins on the English Riviera in Torquay on 17th March, followed by dates in Dartford, Bristol, Llandudno, Buxton, St Albans, York and many more, before the final gig in Glasgow on 15th April 2012.

We have tickets available now, priced from around £25.

His new compilation album, 'The Very Best of Gilbert O'Sullivan', is released at the beginning of March so you can swot up on all the words to 'Clair' before the live sing-along.