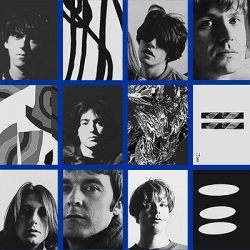 Indie legends The Charlatans are the latest band to announce they will be playing a celebrated album 'in its entirety', when they perform 1997's 'Tellin' Stories' at two summer 2012 dates. The news follows 2010's performances of 'Some Friendly', which saw the band mark the 20th anniversary of their remarkable debut record with a series of special live shows.

'Tellin' Stories' was The Charlatans' fifth studio album and the third to top the UK charts when it was released in 1997. It spawned the enduring indie classics 'One to Another' and 'North Country Boy', both top five singles, and was to be (to date) the band's last No 1 album. In addition, the songs 'How High' and the title track were both top 20 hits.

The album was the band's most commercially successful to date but was marred by the death of founder and keyboardist, Rob Collins, who died in a car accident in Wales in the summer of 1996. Collins had already committed his trademark swirling organ riffs to the sessions for 'Tellin' Stories' but was not around to see the record finished, or its subsequent success.

'Tellin' Stories' is an important album for The Charlatans and their fans, partly due to Collins' sad demise, and is widely considered their last great album, although subsequent releases have continued to chart well.

The Charlatans will be playing 'Tellin' Stories' in full at two gigs in the summer, beginning on Friday 8th June at the Hammersmith Apollo in London, followed by Glasgow Barrowland on Saturday 9th June 2012.

We will have tickets for both dates when they go on sale at 9AM on Friday 9th December, priced around £25.