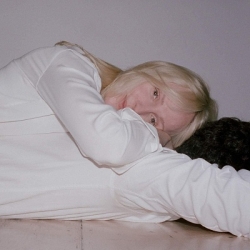 Four years ago, Laura Marling was merely a twinkle in the eyes of the English nu-folk scene of yore, before earning nomination after nomination for her first two albums and finally walking off with the Best Female Solo Artist at the 2011 Brit Awards. It's been a busy four years and it doesn't look like 2012 will be any quieter.

In fact, the ball has already started rolling for next year's promotional surge - this weekend's The Observer had a free Laura Marling CD stashed in the newspaper, a sure sign that an artist has truly buttered her bread with the thinking classes. It's all a far cry from being in Noah and the Whale, guesting on Mystery Jets tunes or touring with Jamie T - Marling has found her niche at last.

After being nominated for no less than two Mercury Music Prizes (2008 and 2010), there is a very good chance that new album "A Creature I Don't Know" could notch up a third nomination (and possibly scoop the coveted award). Her recent cathedral tour proved to be a huge success, selling out in a matter of days, prompting Marling to squeeze in a few matinee performances en route (they sold out as well). The new album reached #4 and translated well in the intimate and spacious surroundings.

For 2012, it's business as usual - Laura Marling has switched to more conventional venues for her Wisdom of Spring tour, including Cambridge's Corn Exchange (1st March), Birmingham's Symphony Hall (2nd), the Hammersmith Apollo (7th) and many more sizeable spaces until Nottingham's Royal Concert Hall on the 13th. We will have tickets on sale from Friday at 9am, with demand expected to be very high indeed.