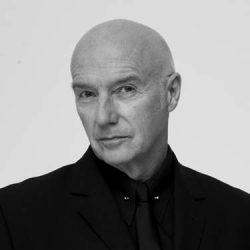 Note: this event has now been cancelled.

Liking 80s music doesn't need to be a so-called 'guilty pleasure'. The eighties were packed full of good stuff. Some weird, some daft, some brilliant - but all of it interesting in one way or another.

A-ha, Spagna and The Joe Dolce Orchestra were all simply points on a spectrum that included The Smiths, The Jesus and Mary Chain and the Beastie Boys. And, as is often the case, Scotland was seemingly punching above its weight when it came to eighties' music.

The Cocteau Twins, Orange Juice and Teenage Fanclub were all popular exports. Then there were indie icons Primal Scream and the 'Big Music' movement which gave us Simple Minds and Big Country, and someone even gave us 'Donald Where's Yer Troosers'. OK, it wasn't all good.

Nonetheless, it is fitting that Scotland's contribution to eighties' pop be celebrated and Absolute Radio 80s are doing exactly that with a one-off gig at the IndigO2 in Greenwich.

Ultravox frontman and leading Band Aid-er Midge Ure heads the bill, supported by Hue and Cry who had two big hits in the decade with 'Labour of Love' and 'Looking for Linda'. Meanwhile, former Ph.D frontman Jim Diamond will be singing the apparently contradictory mournful pop classics 'I Won't let You Down' and 'I Should've Known Better', along with 'Hi Ho Silver' (the theme from Boon, lest we forget). Owen Paul, who had a big hit with 'My Favourite Waste of Time' in 1986, makes up the bill.

A Celebration of Scottish Music takes place at the IndigO2 (at The O2) on Wednesday 25th January 2012. Burns night, no less.

We will have tickets available when they go on sale at 9AM on Wednesday 7th December, priced from £20 to £40.