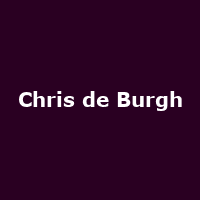 'The Lady in Red' was Chris de Burgh's biggest hit, topping the UK charts and reaching No 3 in the US. It is, of course, a love song and de Burgh was inspired to write it by the memory of how his wife looked, and what she was wearing, when they first met. With its husband-and-wife theme, it closed a thousand 30th birthday parties in 1986, even more wedding discos, and many more since.

For de Burgh it was image-changing. It forever cast him as a balladeer when most of his earlier work had been considerably more expansive and eclectic, experimental even. His 1975 album, 'Spanish Train and Other Stories' was a case in point. Title track 'Spanish Train' was deemed blasphemous in some countries due to its themes of religion and the occult, while 'A Spaceman Came Travelling' was a festive fairy tale of sorts that has been a Christmas playlist regular ever since. Elsewhere, the cheeky 'Patricia the Stripper' was the funny tale of 'the best stripper in town'.

'Spanish Train and Other Stories' remains a fans favourite, alongside 1986's 'Into the Light' (helped by 'The Lady in Red') and four subsequent Top Five records out of a back catalogue of nearly 20 albums. His most recent, 'Footsteps 2', was released in October and is a 'sequel' to 2008's 'Footsteps', which reached No 4 in the UK.

Chris de Burgh is, of course, still married to the lady in red, Diane, and will no doubt be airing 'her' song on his 2013 tour, alongside Patricia, Spaceman and all the rest. Get your lighters ready.

After shows across Europe, Chris de Burgh's UK dates kick off at the Royal Albert Hall on 24th April 2013, followed by gigs at the NIA in Birmingham on 26th April and finally at Glasgow's Royal Concert Hall on Sunday 28th April 2013.

We have tickets for all three dates available now, priced from £35 to £60 for the best seats at each venue.