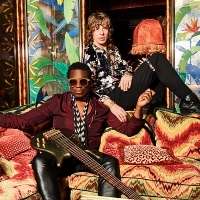 The Acid-Jazz label and subsequent scene in the '90s was, for many fans, a welcome musical antidote to the barrage of rave, techno and indie music doing the rounds at the time, with the label responsible for a loyal following and a few seriously popular acts. Jamiroquai, love him or hate him (and his hats), is still very much a global force, while Incognito, Gilles Peterson and James Taylor Quartet still play out to keen audiences around the world.

Another collective worth their funky salt are The Brand New Heavies, who have deftly and successfully blended soul, funk, jazz and hip-hop and created a string of hit singles for a full two decades. Fittingly, the Ealing-born band are concentrating on their tantalizing catalogue with a new CD/download collection and a pair of London shows that are sure to sell out pretty sharpish.

The album, nattily-titled "The Best of 20 Years", is a double-disc role-call of some of their biggest hits, including "Dream on Dreamer", "You Are The Universe", "Dream Come True" and "Midnight at the Oasis" and sets the scene for the two special celebratory shows coming up in London.

On 13th and 14th December, they will play at the Under the Bridge venue at Stamford Bridge (Chelsea Football Club's home-ground), performing with Heavies collaborator Honey Larochelle and following up each show with an after party.

Tickets for the shows cost £30 or for £50 you can buy a VIP ticket which entitles you to a meet-and-greet session with the band and a signed anniversary photo. Hurry as the venue isn't that huge and demand will be high.