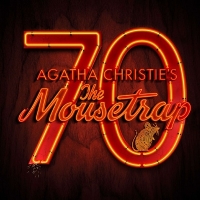 Nothing ever lasts forever, so the song goes, yet this couldn't be further from the truth when it comes to The Mousetrap. Agatha Christie's monumental mystery-thriller has been enthralling audiences for 60 years and has been performed over 24,000 times, making it the longest-running theatre production in the world. 35 years' worth of shows have been performed at St Martin's in London's West End, a feat in itself, with The Queen seen shaking hands with Lord Attenborough (one of the play's original cast members) at the 50th anniversary celebrations in 2001.

So while the 'whodunit' play continues to celebrate its 'Diamond Jubilee', the jewel in Christie's crown has been confirmed for a UK tour in 2012 and 2013, surely the start of another landmark. Each town will have almost a week's worth of dates to choose from, the first of which (at present) will be Canterbury from 11th to 15th September, followed by Glasgow, Milton Keynes, Belfast and many more until Bradford from 26th November until 1st December 2012. Next year's calling points include Stoke-on-Trent (18th to 23rd Feb), Brighton (15th to 20th Apr) and York (6th to 11th May) - all on sale now.

The cast has yet to be announced, but the official information hints at an all-star line-up. Ticket prices vary from theatre to theatre, but most range from around £12.50 rising to around £30. Tickets will be VERY popular - book now!

Meanwhile, West End mystery fans need not worry about the longest-running show - The Mousetrap will still be appearing at St Martin's throughout 2012 - tickets are still available priced from £16 to £41, although many shows are selling out.