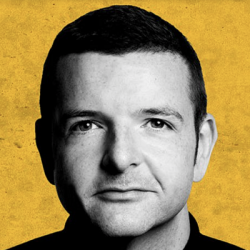 Like all the best comics, Kevin Bridges is a skilled storyteller. Not for him, surrealism, a torrent of one-liners or impressions. No, the 25-year-old Glaswegian is, in many ways, an old fashioned raconteur.

A Clydebank brogue and a glint in the eye give Kevin Bridges' comedy a mischievous, knowing wink. He is adept at quickly persuading audiences he is one of them and his observations chime with their own, just much, much funnier. And darker. The accent helps with a delicious sense of playful menace and the unavoidable notion that if he were not on stage in front of 2,000 paying punters, he'd probably be up to no good.

In 2010, Kevin Bridges released a live DVD, 'The Story So Far' and on his 2012 tour he'll be committing another performance to disc just in time for your dad to watch after James Bond on Christmas Day. 'The Story Continues' will be recorded at the Glasgow gigs in October, for a November 2012 release.

Ahead of that, February will see a new six-part BBC1 series, 'Kevin Bridges What's The Story', a behind-the-funny look at Bridges' comedy, filmed in his homeland. And he's excited by the prospect: "It'll be great to see something on national TV made from Scotland that doesn't have an appeal for witnesses before the closing credits".

The February broadcasts are likely to mop up any remaining tickets for next year's huge tour, so don't hang around. Mr Bridges is most definitely on comedy's 'What's Hot' list just now and who knows where his story will take him next.

The first of Kevin Bridges' more than 50 dates is in Salisbury on 3rd September, followed by shows in Yeovil, Cheltenham, Swansea, Dublin, Belfast, Brighton, Liverpool, Cardiff, Oxford and loads more, before the final date in York on 1st December 2012.

Note that there are two dates in each of Inverness, Dundee, Derry, London (Hammersmith Apollo), Glasgow (SECC), Aberdeen, Salford and Edinburgh.

Tickets go on sale at 9AM on Friday 25th November, priced from around £25 for UK shows and 39 for Dublin.