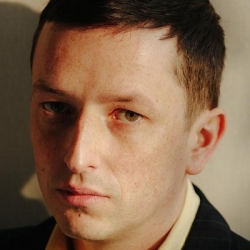 For the avoidance of doubt, Totally Enormous Extinct Dinosaurs is not some kind of compelling live show featuring huge, long-dead reptiles. It is, however, the intriguing stage name of Oxford-based musician and producer Orlando Higginbottom. And it is from Oxford, a city most famous for its dreaming spires and its Radiohead, that Higginbottom's beguiling beats emanate.

The son of an Oxford University music professor and raised in a city full of students and the natural gravity of indie rock heavy hitters Supergrass, Foals and, of course, Thom, Ed and co of Radiohead, Orlando has found it to be a the perfect place to incubate his dance sound.

He has also been a long-time collaborator with London-based composer Edmund Finnis, making Totally Enormous Extinct Dinosaurs an occasional duo. Together, the pair has remixed tracks for many artists including Sky Ferreira, Fenech-Soler and Wafa.

Live shows echo the flamboyant whimsy of the project's title, with odd instruments, glitter cannons and, on occasion, big, if not totally enormous, animated dinosaurs, all delivered with the thoughtful prowess of a son of Oxford.

The Totally Enormous Extinct Dinosaurs kick off the UK tour in Cardiff at Club Ifor Bach on 2nd February, followed by dates in Oxford, Glasgow, Newcastle, Manchester, Bristol, London (Heaven) and more, before the final gig at Digital in Brighton on 18th February 2012. Note that the Heaven date is an NME Awards Tour show.

We have tickets available now for most gigs, priced from just £5 for Sheffield to £12.50 for the NME show.

Ahead of the tour, Higginbottom has a series of one-off dates lined up including Trilogy Pt.3 in Leeds (26th November), supporting Friendly Fires in Dublin (7th December), the Warehouse Project in Manchester (10th December). After a tour of Australia, the he returns to appear at the Bugged Out Weekender at Butlins, Bognor Regis, on 20th January 2012.