Let's be honest, we all love a bit of magic, illusion and trickery, unless it's our banks, politicians or estate agents trying it out. Real or illusionist magic, as performed by Ali Bongo, Paul Daniels, David Copperfield, Penn & Teller and the like have drawn in large audiences for decades, with a dexterous twisting of hands and minds and the enviable ability to deceive without causing any serious embarrassment or harm. Kids love magic - the simple 3 cups and 1 ball trick never ceases to amaze and still forms part of today's more traditional fairground sideshows.

Deep in the Charing Cross area of the West End lies a very traditional magic shop called Davenport's, trading since the late 19th century. Within its walls is a small family-run theatre which has hosted other previous magic shows, many created and produced by master illusionist, Richard Leigh. Since September, Davenport's Theatre has been hosting a very different magic show now confirmed to remain in production until the end of next year. 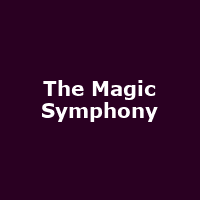 The Magic Symphony The Magic Symphony, created by Leigh and starring Paul Brown as the conductor of magic, features 70 minutes of non-stop card-trickery set to classical music and is performed in a cosy purpose-built theatre. The cards become the orchestra as Brown performs trick after trick - just plenty to keep the most sceptical of youngsters quiet! The shows perform on a weekly basis on Saturday afternoons, making this the perfect break from the bustling crowds. Tickets for cost from £8 to £12.
Buy Tickets 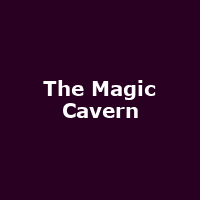 Now performing at the Baron's Court Theatre every Sunday until 2013 is Leigh's other key show in London, The Magic Cavern. Again, this is a matinee show designed for children aged 5 and over and features magic and tricks from across the spectrum (not just cards). Tickets cost £8 - £12. 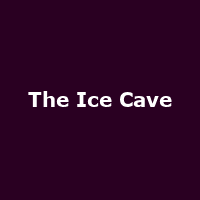 Also continuing until 2013 is Leigh's festive family show which explores the wonders of water and ice magic, set in a magical cave (well, the Baron's Court Theatre to be honest). This is a brand new show presented by David Major and features many new illusions. Tickets cost £12 - concessions and family tickets are available. 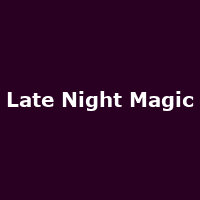 You might like to consider heading out to a rather more adult show based at the Jermyn Street Theatre. Also created by Richard Leigh, the focus this time is cabaret, with plenty of magic and comedy thrown in to keep you wide awake until the show concludes around midnight! Tickets for these shows cost from £14 and continue every Friday until the end of 2012! NB - the season will have a break from 16th Dec until 10th Feb, resuming on the 17th.