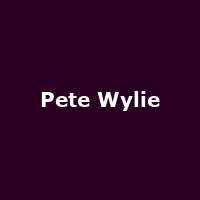 The Clash still give millions of music fans a little shiver of excitement every time the band are mentioned, three decades or so after they disintegrated. The Sex Pistols may have spat their rebellious invective at early evening magazine programme hosts with predictably outraged results but The Clash were always more of a musical project.

Not to belittle 'The Pistols' massive cultural value and undoubted influence but, if Malcolm McLaren's protégés were punk, then The Clash were punk rock. Through Strummer, Jones, Simonon and Headon, the Londoners delivered a clutch of punk anthems which chronicled life in Britain at that time while also showcasing a range of influences and styles; from ska and reggae to rockabilly.

Those songs are rarely performed live but, in December, Mick Jones will embark on a six-date tour in support of the Hillsborough Justice Campaign during which he will be performing Clash songs for the first time in three decades, alongside snippets from his solo and Big Audio Dynamite careers.

Jones will be joined on the Justice Tonight tour by legendary Liverpudlian singer-songwriter Pete Wylie, former frontman with The Mighty Wah! and solo artist who recorded a Top 20 hit with his single 'Sinful' in 1986, four years after the Wah!'s 'Story of the Blues' peaked at No 3.

Wylie also performed backing vocals on The Farm's 1990 indie sing-along 'All Together Now', a collaboration he can revisit when The Farm join Wylie and Jones on the Justice Tonight bill. More names are expected to be added in the coming weeks.

The 'Justice Tonight In Aid Of The Hillsborough Justice Campaign' tour kicks off in Cardiff on 1st December, followed by shows in Manchester (Ritz), Sheffield, London (Scala) and Liverpool, before the final date at the O2 ABC in Glasgow on Saturday 10th December.

We will have tickets available for all dates when they go on sale at 9AM on Friday 11th November, priced £17.50.