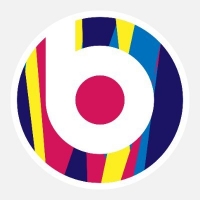 It remains a rather depressing fact that despite the investment in and renaissance of much of the north of England, cities like Sheffield, Liverpool, Leeds and even Manchester cannot always sustain the great ideas they give birth to.

The National Centre for Popular Music opened in Sheffield in 1999 following a National Lottery grant. Given the lack of any such institution (of any size) anywhere else, locating the NCPM in a modern, evolving, culturally rich city like Sheffield made a good deal of sense. It closed after 15 months.

Not that long after, it became clear that the Millennium Dome in Greenwich would have to be put to good use somehow or else risk lying empty and looking like a bloated jellyfish beached on the banks of the Thames until someone could afford to dismantle it. After much to-ing and a good deal of fro-ing, entertainment leviathan AEG took over the Dome and promised to sort it all out.

In 2009, with the Dome proudly renamed as The O2 and incorporating several entertainment venues, including a main auditorium as big as the MEN Arena, Scottish indie outfit The View put on a show to open the British Music Experience - a new, improved, heavily financed version of the old NCPM.

A permanent exhibition featuring the sights, sounds and memorabilia of Britain since the end of Second World War (1945, kids) now fills The O2 Bubble and continues to offer visitors to London the chance to see, hear, feel and no doubt eat, their way through around 70 years of music history.

Tickets for the British Music Experience at The O2 for visits until the end of 2011 are available now.

We will also have tickets for bookings until 31st August 2012 when they go on sale at 10AM on Monday 7th November, priced £12.