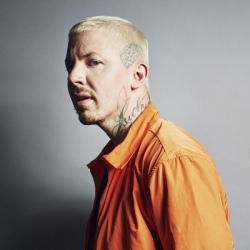 When Timothy McKenzie - aka Labrinth - signed to Simon Cowell's SyCo label, he became the first non-talent show act to do so in six years which is either a damning indictment of Cowell's A&R policy or evidence of Labrinth's prodigious promise. Most likely, it is a combination of the two.

The singer, songwriter and producer first came to prominence as a collaborator with Tinie Tempah, producing and featuring on the rapper's 2010 singles 'Pass Out' and 'Frisky', which topped the UK singles chart and peaked at No 2 respectively. Both reached top spot on the R&B chart and both earned Labrinth a reputation as a producer of note and an up-and-coming artist in his own right.

As well as working with Professor Green and JLS, Labrinth began working on solo material, releasing his debut single 'Let the Sun Shine' in 2010, followed by his recent No 2 hit 'Earthquake' in October 2011. With a debut album in production, Labrinth has also been charged with producing the latest Children In Need single; a cover of Massive Attack's 'Teardrop' featuring Gary Barlow, Tinchy Stryder and Tulisa Contostavlos.

Labrinth's spring tour kicks off at the HMV Institute in Birmingham on 23rd February, followed by gigs in Liverpool, Manchester, Glasgow, Oxford, Cardiff, London (KOKO) and more, before the final date at Concorde 2 in Brighton on 8th March 2012.

We will have tickets for all dates when they go on sale at 9AM on Friday 4th November, priced £15 for London and around £13 for all other venues.

Ahead of the 2012 shows, Labrinth plays Coventry tomorrow night (tickets £12.50) before appearing at Proud 2 (at The O2) on Friday 4th and then continues supporting Tinie Tempah throughout November. He's back in Greenwich at the Capital FM Jingle Bell Ball (sold out) in early December, before a couple of slots supporting Professor Green.