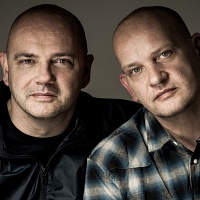 A very special treat is in store for fans of pop duo, Hue and Cry. The brothers Kane, Pat (he with the pin-sharp vocals) and Greg (he of intricate musicianship and ivory-tinkling) have announced a very special weekend in honour of their new album, due out in February 2012.

Entitled the Hot Wire Weekend, you can grab the chance to catch the chaps playing one complete acoustic show (piano and vocal style) and one full-band concert on back-to-back nights. The first show with just the two of them is on Friday 30th March, while the seven-piece outfit will play out on the Saturday night. The weekend follows-on from their previous fans' gatherings such as the History City and Glasgow Kiss double-dayers - regular attendees of these shows will be familiar with how Hue and Cry play, although this time there is new material in the offering! You can also expect the familiar hits, "Labour of Love", "Sweet Invisibility" and "Looking for Linda", as well as one-off songs.

Both shows cost £19.50 for each night, or you can take advantage of a special Platinum Package which will entitle you various upgrades including early entry to the Friday show and pick of the seats, complimentary drink and the concert (roughly a 90 minute set), plus VIP reception, Q&A and meet and greet with the Kanes, buffet, the Saturday concert and the ABC afterparty. All for £85 plus fees. Click on the Buy Tickets buttons, below, for standard tickets or Platinum Tickets for the VIP option.