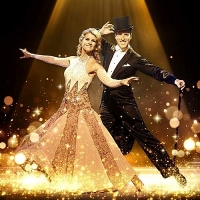 Every autumn, about a quarter of the nation spends its Saturday evenings muttering authoritatively about incomplete finger extension, poorly executed heel turns and frankly unconvincing sashays.

Strictly Come Dancing has, in a reluctant marriage of convenience with The X Factor, helped tie-up around half the viewing public for prime time weekend TV since 2004. If X Factor has created dozens of disposable heroes in that time, Strictly has presented a comparatively modest number of new, more durable idols.

Among the show's most popular contributors are professional dance couple Anton du Beke and Erin Boag who have both been part of Strictly from the very beginning. And, as the winner of the inaugural 2004 X Factor Steve Brookstein wonders where it all went wrong, the 'Anton & Erin' brands grow ever more popular.

The ballroom couple have been professional partners since 1997 and, after nearly 15 years together, are now considered as one of the UK's top crowd-pullers, earning a billing as 'Britain's favourite dance couple'.

Anton & Erin return in 2012 with 'Let's Do It', a new show featuring music by Gershwin, Berlin, Porter and Kander & Ebb, and which sees the couple joined by singer Lance Ellington, guest dancers and a live orchestra conducted by Richard Balcombe.

The Let's Do It Tour kicks off in Northampton on 19th January 2012, moving on to shows in Bournemouth, Sheffield, Belfast, York, London (Royal Festival Hall), Gateshead, Brighton, Cardiff, Bristol and many more, before the final date of the tour at Birmingham's Symphony Hall on 18th March.

We have tickets available now. Prices vary by venue but are generally in the range £30 to £45.

There are two dates at a number of venues and some afternoon performances, so be sure to double-check the details on booking.