T4 Stars of 2011 to feature The Wanted, Dappy, Jessie J, Example and more this December 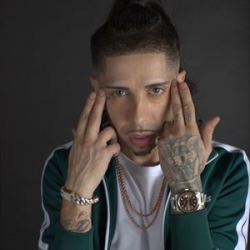 Ever since the demise of the annual Smash Hits Poll Winners' Party - a fan's and c-lister's shindig that assembled the best (and worst) in pop as voted by the readers of teen music rag Smash Hits (RIP) - there has been a need for a similar showcase for the UK pop scene.

When Smash Hits magazine began to wheeze heavily and turn pale, T4 (the Radio 1-ey bit of Channel 4) had stepped in to support the event, known in 2004 and 2005 as The T4 Smash Hits Poll Winners' Party.

But when, in 2006, the beloved Smash Hits finally went to sleep and didn't wake up, the live event died with it and it seemed there would never again be a platform from which to announce that Busted are the Best Band in the World Ever (2003). Thankfully, with the T4 brand and its reputation for live pop continuing to grow, the Channel 4 spin-off leapt to the rescue, announcing their now annual fixture, for this year titled T4 Stars of 2011.

The event takes place at Earl's Court in London on Sunday 11th December from 11AM and boasts an impressive line-up of top pop, hip hop and R&B stars including The Wanted, Professor Green, Wretch 32, Jessie J, Ed Sheeran, Example, Dappy and Pixie Lott. T4 Stars of 2011 also promises a 'Celebrity Disco', a competition to win the chance to become a model, fun fair rides and lots of other good stuff.

And no event in 2011 would be complete without the contributions of a range of characters from teen and reality TV shows, and fans can expect to see 'Hollyoaks' actors, alongside the 'stars' of 'Made in Chelsea' and 'The Only Way is Essex'.

We have tickets for the event available now, priced £36 for floor standing and £38 for seated tickets.