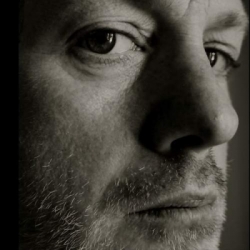 Stephen Jones and his band, Babybird, will be releasing their latest album 'The Pleasures of Self Destruction' on 31st October. The record will be their twelfth in 16 years. With just one greatest hits compilation in that dozen, it is incredible that a band so prolific do not enjoy a higher profile.

That is not to say Babybird are not feted. They have, through Jones' songwriting, gained a loyal following that has ensured their flame has continued to burn brightly, even if it has scorched the mainstream on only a handful of occasions.

Babybird's best known hit remains 1996's 'You're Gorgeous', an epic indie meditation on how a male photographer exploits his models. The single reached No 3 and helped the album from which it came, 'Ugly Beautiful', in to the UK Top Ten.

'You're Gorgeous' was a worldwide hit, contributing to an international fan base that includes actor and sometime musician Johnny Depp who even played on their last album, 2009's 'Ex-Maniac'. Babybird can also be heard performing the theme tune for the Gordon Ramsay food and shouting show, 'The F-Word' with their track of the same name.

The band are following the release of album 'The Pleasures of Self Destruction' with a launch gig at The Bowery in London on 3rd November before taking the new record on the road in the New Year. The tour will feature the 'classic' line-up of Jones with Luke Scott on guitar, Danny Lowe on bass and Rob Gregory on drums, and promises some new versions of more obscure Babybird tracks alongside the latest material and the hits.

The tour begins at Band on the Wall in Manchester on 27th January, followed by Stratford-upon-Avon, Oxford, Sheffield, Newcastle, York, Bristol and more, before the final gig of the run at London's Leicester Square Theatre on Saturday 11th February 2012.

We will have tickets available for Oxford, Liverpool, Sheffield and Newcastle when they go on sale on Friday 21st October, priced £15. Tickets for the remaining dates are already on sale, priced £10 to £17.50.