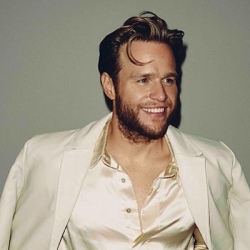 When I was around 12, inspired by Doug E Fresh, my friend Lee and I decided we would become a hit rap duo. We didn't release any singles but we did spend an entire afternoon trying to think of a name for our 'group' and sketching possible logos on the back of used dot matrix printer paper given to us by Lee's dad.

It is self-evident that the Brocklesmead Crew never amounted to much. Mostly this was due to our total lack of any musical ability but it was, in part, also a result of the pressing urgency of our next project; to make a horror film.

Incredibly, some youngsters have both the talent and drive to succeed where others fail to even start. Lifelong friends Jordan 'Rizzle' Stephens and Harley 'Sylvester' Alexander-Sule used to play together as eight-year-olds, making grand, improbable plans for the future in Rizzle's auntie's house in Brighton.

Their paths crossed time and again until, aged 16 and both students at the BRIT School (for Performing Arts & Technology), the duo began making good on their potential and formed Rizzle Kicks. Influenced by classic hip hop from 1988-1992, the Rizzle Kicks sound is a fun mix of hip hop and pop.

Their debut album 'Stereo Typical' will be released on 31 October 2011. After autumn tour slots supporting Pixie Lott and Professor Green (not on the same bill), Rizzle Kicks are heading out on their own headline UK tour early next year.

The tour begins in Cambridge on 16th February, followed by dates in Sheffield, Inverness, Edinburgh, Birmingham, Manchester, Preston, Oxford, Brighton and many more, before the final gig at the Shepherds Bush Empire on 15th March 2012.

Rizzle Kicks are also performing at the Freeze Festival 2011 in London (with The Streets and Everything Everything) on 29th October and Metro Radio Live in Newcastle (with Olly Murs, Joe McElderry and Pixie Lott) on 30th November. We have tickets available for both events priced £37 and £25 respectively.

There are no plans for the Brocklesmead Crew to reform.