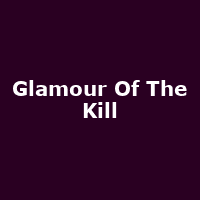 These are testing times. With US debt rising almost as fast as UK inflation, American visitors to Britain are finding it increasingly expensive to leave Uncle Sam and ever more costly to be in Blighty.

But the will to ROCK cannot be ignored and so two fine US rock outfits are pooling resources for a trip to the UK. Whilst it is unlikely they'll find time for a visit to HMS Belfast or Anne Hathaway's Cottage, Alesana and We Came As Romans are managing to co-headline eight gigs in as many days in early February.

Alesana, formed in North Carolina in 2004, have built a reputation for a varied rock sound that can be raw and heavy or lighter and melodic. Their fourth studio album, 'A Place Where the Sun is Silent', is set for release today and the winter dates promise to showcase the new material alongside highlights from their first three records, including their breakthrough and debut, 'On Frail Wings of Vanity and Wax'.

We Came As Romans are more than just a brilliant name. Formed in Detroit not long after Alesana had got together, 'WCAR' have released two EPs and a couple of albums and, like their co-headliners, have a new record out this autumn. 'Understanding What We've Grown to Be' was released in September and reached No 21 on the US Billboard chart (No 7 on the indie chart).

The two headliners kick off the UK dates in Cardiff on Sunday 5th February followed by gigs in Birmingham, Nottingham, Glasgow, Manchester, London's Electric Ballroom and in Norwich, before sharing a cab to the final date of the short but intense tour at Concorde 2 in Brighton on Sunday 12th February. Support comes from I Wrestled A Bear Once (another great name) and Glamour of the Kill (and another!).

Tickets are available now for all dates, priced £13.50 for London and £12 for all other venues.