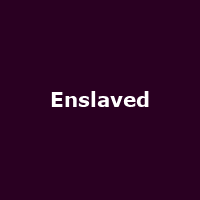 One of the least-likely bands to sit on the BBC Breakfast sofa anytime soon is Cannibal Corpse. Death-metal bands don't tend to fit in with banal weather-forecasts ("clouds will bubble-up across Scotland") and articles about more financial wrong-doings by banks and politicians, which is a shame - imagine handing over any miscreants to these boys, for a specially televised 'correction programme'. I'll leave it to your imagination

Cannibal Corpse formed as far back as 1988 and quickly gained a reputation for uncompromising and often controversial lyrics, live-shows and album-titles. 'Party favourites' include "Butchered at Birth", "Tomb of the Mutilated" and their most recent vinyl-(s)platter, "Evisceration Plague". That last album actually scored a hit in the States, Austria, Belgium and Germany and has been their most successful release to date.

As well as not being playlist material, the band has had its material banned or halted during production in, ironically, the States and Germany, as well as having blanket censorship applied to their releases in Australia. Naturally, the band refuse to endorse violence, they merely sing about it - it shouldn't be taken too seriously.

2012 will see Cannibal Corpse return to the UK to promote their impending new album-release, currently being finished off in the studio. With them will be support from no less than three other similarly gory bands, including Triptykon, Enslaved and Job for a Cowboy and dates include Bristol on 7th March, followed by Manchester (9th), London (10th) and Birmingham (11th). This "Destroyers of the Faith" tour, in association with Metal Hammer magazine, will cost £18.50 regionally and £20 for London - a bargain for four bands! Tickets will be available from Wednesday morning.