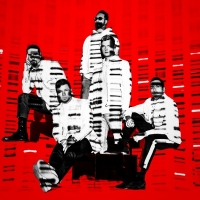 When New Kids On The Block actually were 'new', cinema audiences were reeling from the stylised violence of The Terminator, banging on about whether Zola Budd would make the UK 1984 Olympic team and few had any idea what a CD was. No one had heard of the internet and individual phones still came boxed in red kiosks big enough to stand in.

The teen sensations of NKOTB, Donnie Wahlberg, brothers Jonathan and Jordan (SCREAM) Knight, Danny Wood and Joey McIntyre are now, mostly, into their forties, but 27 years ago they were one of the first 'manufactured' white boy bands ever assembled.

With worldwide hits like 'You Got It (The Right Stuff)', 'Hangin' Tough' and 'Tonight', 'NKOTB' conquered the universe. Two No 1 albums in the US, UK and Canada, helped contribute to global sales of more than 80 million albums.

In 1994, when the New Kids had grown old and weary and split up, they left behind them a new template for popular music. The success of X Factor and Pop Idol can, in a way, be traced directly back to Maurice Starr's decision to audition for 'a white New Edition'. Thanks for that, Maurice.

After NKOTB came an array of boy 'bands' pitched at the teen market, a mantle taken up by groups like *NSYNC and the Backstreet Boys. Far from being the only successful bands of their time (girls groups TLC, Destiny's Child and even Wilson Phillips more than matched the highs of their male counterparts), both nonetheless adequately occupied the niche carved by NKOTB.

Backstreet Boys were especially successful, selling more than 130 million records. Their global breakthrough came with 1997's 'Backstreet's Back' and, in 1999, 'BSB' released their album 'Millennium', their most successful to date. It sold a staggering one million copies in the US in its first week.

With New Kids on the Block reforming a couple of years ago, it seems only natural that the near-three decade history of American boy bands be represented in a single gig with NKOTB and the Backstreet Boys performing on the same bill, as 'NKOTBSB'.

The NKOTBSB tour kicks off at the Belfast Odyssey Arena on 20th April, moving onto Dublin before more UK shows in Liverpool, Manchester, Newcastle, Birmingham and the London O2. All the biggies, basically (no offence, Bournemouth).

We will have tickets available for all venues when they go on sale at 9AM on Friday 28th October.