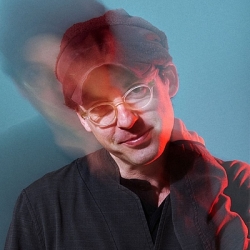 It turned out that 'CYHSY' were, in fact, doing nothing more than quietly working on their third album, last month's 'Hysterical'. Given the record's mixed critical response, it does beg the question quite what they've been up to in the four years since 2007's 'Some Loud Thunder'.

The 2007 record, the second full-length release after their self-titled 2005 debut, capped a magical two years for the five-piece who met at college in Connecticut many years earlier. As the Arctic Monkeys were doing likewise over here, in the US, CYHSY were surfing the internet revolution in music, gaining fans and momentum by cyber word of mouth as much as anything else. Like the Arctic Monkeys, CYHSY were not seeking to reinvent indie rock, just play it (and get it to their audience) with the minimum of fuss.

As a result, Clap Your Hands Say Yeah, fronted by the band's only non-New Englander, Alec Ounsworth (from Philadelphia), quickly built a fan base around the world with Japan being one of their most successful markets, along with the UK. And, after two sold out gigs last month, the five-piece will be returning to Albion early next year.

CYHSY kick off their short UK tour in Norwich on 31st January, followed by shows in Manchester (at the spruced-up Ritz), Liverpool, Bristol, Birmingham and Brighton, before the final gig of the run at the Shepherds Bush Empire on 8th February.

We will have tickets for all dates when they go on sale at 9AM on Friday 14th October, priced £16 for London and £12.50 for all other venues.