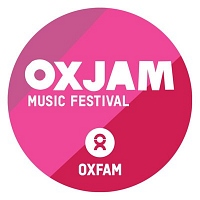 At the risk of sounding like James May, here are some astounding facts for you. The now global welfare charity, Oxfam, turns 70 years old next year, after being founded in Oxford in 1942.

Set up initially as an organisation with a mission to lobby the British government to allow famine relief to be carried out in Greece, the charity has grown from being a couple of shops collecting tins of food and selling unwanted James Bond books, Bros videos or Size 24 trousers, into a multi-national fund-raising body that campaigns not only for the passage of food supplies to war-torn countries, but also for justice, fair trade, education and equality. A serious business and a worthy one.

They have 15,000 shops worldwide, with sales of over 12 million books per year in the UK alone, all contributing to an estimated Â£300 million income. The Arctic Monkeys were one of many music-artists to contribute to the cause in 2009, by issuing the single "Crying Lightning" exclusively via Oxfam, with proceeds going to the charity.

However, the musical connection doesn't just mean having Oxfam music-shops in selected towns - its sister operation Oxjam has also been playing a major role in fundraising activities since its inception in Belfast in 2004. From one small concert, dozens of events and all-dayers grew - which leads us nicely into this year's celebrations.

During October, Oxjam and Oxjam_Takeover.html">Oxjam Takeover 2011 will feature over 60 individual gigs around the UK, as well as entire towns being booked up for day-long gatherings (hence the 'Takeover' tag). The single shows (most priced under a tenner) include tonight's Macbeth show in London with Love In The Asylum, a Battle of the Bands competition at the Chiswick George IV venue (8th), The Kix live in Gwent (15th), We Start Partys appearing in Bristol (18th) and Hey! Alaska in Leeds (23rd). Tickets are available for all - just check the listings below for details.

The Takeover arm of Oxjam will also be taking part over a few weekends, whereby venues in towns will raise cash, including Brecon (15th Oct - featuring The Last Republic, Revoker and 50 others), Huddersfield (15th Oct, over 40 bands) and the spiritual home of Oxford (22nd - feat.several bands and venues). All Takeovers are Â£10 or under wristband events, except the inaugural Shepherd's Bush event on 29th Aug - Early Birds are Â£10 and allows you access to 6 venues in the locale, presenting up to 40 acts.

If you can't attend these shows, why not make a contribution to Oxfam by following the link here: www.oxfam.org.uk/donate/