Lesley Joseph , Pauline Quirke and Linda Robson will return for another season of the classic comedy, tickets available now 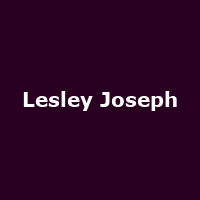 More than twenty years after they first brought their Essex charm to primetime BBC1, the Birds of a Feather cast will continue the success of the recent UK tour with another string of shows in 2013.

Confirmed venues include the Theatre Royal in Glasgow from 16th to 20th April 2013, followed by Liverpool's Empire (7th to 11th May 2013) and Aylesbury's Waterside Theatre (13th to 18th May 2013). It is likely that more runs will be added - meanwhile, tickets to these shows are available to buy now, priced from Â£12 to upward of Â£35, depending on seat location.

The original TV show ran for nine years from 1989 and kicked off with the two sisters moving in together after their husbands were both imprisoned for armed robbery. Sharon (Pauline Quirke) moved in with Tracey (Linda Robson) at her Chigwell home and, on this (slightly flimsy) premise, the comedy ran for more than 100 episodes. Lesley Joseph also reprises her role as their man-eating neighbour (and near constant visitor), Dorien Green; all set in Chigwell, and later Hainault, in Essex's lush suburban commuter belt. Expect much mayhem, man-eating and Essex jokes.