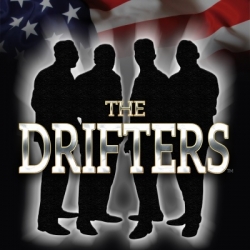 Down the years, The Drifters have become a little like Trigger's broom in 'Only Fools and Horses'. Famously, Trigger was given an award from the council for the careful custodianship of his roadsweeper's broom, which he had been using for 20 years.

Later, Trigger reveals that his long serving broom had, in that time, had '17 new heads and 14 new handles' but was 'still the same broom' (if that messes with your head, draw the curtains and look up the Theseus Paradox).

Although this is nothing when compared with The Drifters. Originally formed in New York city as Clyde McPhatter's backing group in 1953, the original, or 'classic', Drifters lasted (with several line-up changes) until 1958 when, after a typically fractious few weeks, manager George Treadwell fired the whole group.

With a year of bookings already secured and needing to be fulfilled , Treadwell assembled 'The New Drifters', including Ben E King, and embarked on what most consider to be the group's golden age. More than 50 years on, in one form or another, The Drifters have clocked up 60 different members. The current line-up of Michael Williams, Damion Charles, Ryan King and Carlton Powell are still the 'Treadwell Drifters', with the late George Treadwell's daughter Tina the UK holder of the name.

What has never been in dispute is the incomparable back catalogue of soul classics that include monster tracks like 'Saturday Night at the Movies', 'Kissing in the Back Row', 'Save the Last Dance For Me', 'Under the Boardwalk', 'There Goes My First Love', 'Come On Over To My Place' and many more. Each one a karaoke classic and each contributing to global single sales in excess of 200 million.

The Drifters continue to perform prolifically and have announced gigs up to October 2012, such is the demand to see them.

We have tickets available now for many of the shows across the UK and Ireland, starting in Dudley on Saturday 1st October and, more than 40 gigs and 12 months later, ending up in Stoke-on-Trent on 18th October 2012.

Ticket prices vary but generally start at around £25.