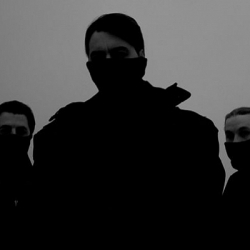 It's true to say that, decades ago, Milton Keynes, as a town, used to get a good kicking from the press, mainly for being a faceless, one-dimensional concrete jungle and an extension of London's overspill problems. But, head to MK, and you'll find an English take on an American town with the same shops as Guildford, Swansea and Hull, just bigger, laid out in grid-like streets named Midsummer Boulevard or Virginia, topped off with bars, clubs and half an hour's travel from London. See? It's a contender.

Just to the south of the centre of the town, you'll find the famous Milton Keynes Bowl, a little entertainment venue that you may well have heard of (or actually have 'heard', if you live in the nearby estates). With a capacity of around 65,000 (a third of MK's population), the iconic venue has hosted some of the biggest names in rock and pop including Foo Fighters, David Bowie, AC/DC, U2, Queen, Oasis, Metallica, R.E.M. and, er, Ronan Keating.

Dance music hasn't been represented in quite the same way, although The Prodigy and Pendulum have previously scared the local pets with earth-rumbling shows in recent years. That is all set to change with the announcement of Swedish House Mafia's One Night Stand show!

Steve Angello, Axwell and Sebastian Ingrosso will be headlining a full-capacity, mammoth sound system show at the Bowl on July 14th 2012. Support for the event has yet to be announced (and is bound to be hot), but we reckon Swedish House Mafia could sell the place out on their own, judging by the speed of their previous ticket-sales. Talking of which - tickets go on sale from Friday at 9am, priced at £45.

Another landmark show was announced by SHM this week - the band are also playing at Madison Square Gardens on 16th December, at around the same time as the release of the album, "One Night Stand"! The trio have recently said:

We've worked hard with the promoters and suppliers to deliver incredible ticket value and to make these monumental events as accessible to our fans as possible. For those who can't be there in person, we will be working to bring the experience to you in some capacity via the Web.

Don't miss out on this biggie!

SHM have recently uploaded an official live version of their reworking of Coldplay's "Every Teardrop Is A Waterfall" - get yourself in the mood and check it out, above!